Fortnite Chapter 2 has brought us a lot of new content to have fun with, including a completely new map, innovative mechanics, lots of gear, and a couple of important updates. Last season has become the longest of all Fortnite seasons, and now it's over. That means millions of players are eager to try out all of the Season 2 features, including a new battle pass, new skins and updates, new mechanics, and so on. And the new season starts today, so there's no time to waste.

That's why we've decided to compile this complete Fortnite guide to Season 2 that would include all of the most important things to know about its fresh additions. The new season is known as Top Secret, and it features a secret agent theme, which means we are now able to play in a more stealth-oriented style, using the hideouts system and an assortment of additional weapons like decoy grenades. Let's look at these new features a little closer.

Season 2 hasn't brought any drastic changes to the map, and that's probably a good thing to hear. It's been about four months since the previous season has altered it almost completely. Another revamp would be simply disorienting: such changes to the world map are refreshing, but they should not be too frequent. However, there are some additions to the map, including a couple of landmarks, some of which are determined by the theme logic.

These new additions include Apres Ski that is located south-west of Misty Meadows. This is one of the most important locations of Season 2 to visit since it's related to one of your major challenges. It is also recommended to look at Oil Rig that is located off the coast of Slurpy Swamp. This location is meant by Epic Games to host our brawls with so-called henchmen in limited-time modes, so it has a shark-infested cave and a classy yacht on top.

If you've watched the new season trailer, you already know that Season 2 is dedicated to the secret agent theme, and that includes a variety of new characters. Some of the skins were introduced in the trailer, including Meowscles, a cat henchman. Other skins include Peely the banana and the licensed Deadpool skin. However, it's still not clear whether it's possible to unlock Deadpool by usual means in the game.

It's worth noting that the character customization system has seen a big shift. Season 2 adds factions to the game – you can choose to join Ghost or Shadow, and each of them allows you to unlock some version of new characters. That means, Ghost Meowscles is white, and Shadow Meowscles is black, and you have to choose a side carefully. There's no way you can unlock the other version of the skin for the same account.

However, these customization options are even more obvious for this new character called Maya. She has about a dozen different aspects of her appearance that can be customized by players. It's a rather innovative thing for Fortnite since we've been using only pre-made skins until now. Of course, this assortment of new characters, gear, and gameplay features will be available to you if you purchase the Season 2 battle pass.

The most basic battle pass mechanics have remained intact: you're still going to gain levels, earning Victory Royales and completing challenges. And when your level is sufficient, there's a chance for a prize. However, the in-game menu has seen a revamp that is tied with the new theme. Now you sign up to complete challenges using a big table surrounded by the secret agent characters, as seen in the trailer.

You're going to use this table not only to embark on your top secret missions, but also to customize your new characters, and so on. The battle price has stayed the same: the most basic pass costs only 950 v-bucks, or about $10. It's up to you to decide whether to buy it or not, but you'll miss out on all of the newest features, including fresh Fortnite skins, and there will be no recap video for you in the end of the season. 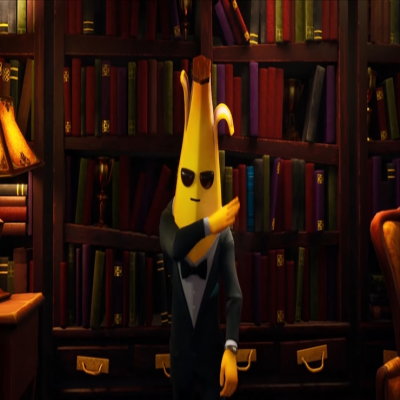 Season 2 has brought us many changes, and not each of them is as large-scale as the new theme – there are lots of minor additions, too. Usually, it takes time to find all of them even for thousands of players, but here are the changes that are already known. First of all, the helicopters still have not been introduced, despite all of those opinions that they should appear in this update. But there's always a chance they will appear in the next season.

Some players have noticed that some kind of keycards has appeared. They are believed to give the player that has one access to secret areas all around the Fortnite world. And these areas are filled with loot, so looking for such cards seems like a good idea. Damage trap, SMG, and other weapons have been unvaulted. And now you can disguise the character using phone booths that are scattered across the map.

Recap videos are a great way to review your season in the game, and the Season 1 recap will appear in a couple of days. Epic Games sends them to players automatically, and you can even customize it any way you like. The customization process allows you to choose stats you want to show, the color scheme, and your own soundtrack. But don't forget: to receive your season's recap Fortnite video, you have to purchase the battle pass for a season.

Season 2 seems to have all kinds of interesting additions – after all, it was a 9GB update. The secret agent theme is definitely going to make matches more exciting and diverse by implementing this new stealth system. New characters are fun, and customization options make them even better. The map hasn't changed too much, but it still offers a couple of new locations that suit the theme of Season 2 pretty well.

We've reviewed everything that is known about the update – but there's always a chance something new will be discovered soon. So don't forget to check out if there're any new details once in a while, or monitor the Reddit Fortnite community. And if you know something yourself, be sure to leave a comment here and share this article.